A LITTLE VALUABLE INFORMATION ON WOOD

LIFE-GIVING TREES HAVE PLAYED AN IMPORTANT ROLE TO HUMANS FOR CENTURIES – IN FACT, THERE WOULD PROBABLY BE NO LIFE ON EARTH WITHOUT THEM.

The air we breathe comes from the ability trees have to absorb carbon dioxide and provide oxygen. Trees provide us with food, they give us materials to make tools and even our homes with.

There are two types of tree: conifers and deciduous. Most conifers are evergreens and are most common in colder climates. With the exception of the larch, evergreen trees retain their leaves all year round. In temperate or polar climates, deciduous trees lose their leaves in the autumn so that they can save energy over the winter. While in other areas of the world, such as tropical, subtropical and arid regions, deciduous trees lose their leaves during the dry season or during other seasons depending on variations in rainfall.

THE TRINITY OF THE TREE

All trees are made up of three parts: the roots, the trunk and the crown. The task of the roots is to provide the tree with water and minerals from the ground, store nutrients and keep the tree in the ground. The crown is made up of branches or twigs bearing leaves or needles. The task of the crown is to use the leaves for the “metabolism” of the tree, photosynthesis. Meanwhile, the task of the trunk is to hold up the crown and transport water from the roots to the crown. On a hot summer day, as much as one cubic metre of water can be transported to the crown. The trunk is made up of cellulose and lignin, which makes it hard. This hardness and durability, relatively easy to work, are what make wood such a useful material for flooring, houses, tools, toys, furniture etc. 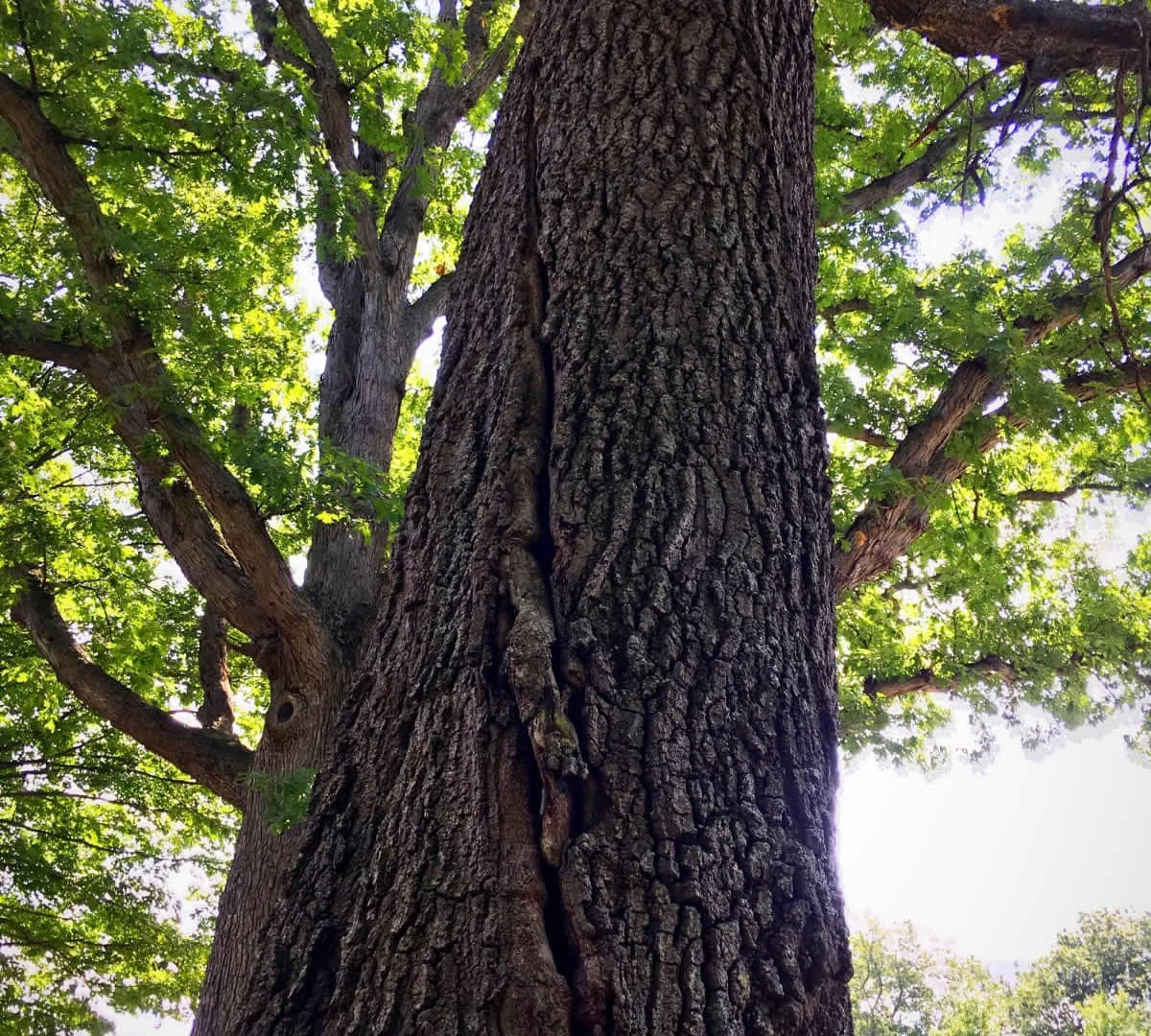 PITH AND RINGS DETERMINE THE APPEARANCE

The heartwood consists of dead cells and it has a lower moisture content than the sapwood. Part of the trunk is made up of what is known as the pith. The pith contains stored nutrients. Nutrients are transported to and from the pith through the trunk by means of cells known as pith rays. All wood species have pith rays. The pith rays in oak and ash are clearly visible, but in beech they cannot be seen at all.

In the spring, when the tree begins to grow, spring wood is formed. Its large, thin-walled cells give the tree the best possible conditions for growth. In the summer, the tree grows more slowly and forms the smaller, thick-walled cells that form the load-bearing part of the trunk. This process takes place during every growing season, making the tree thicker and creating new annual rings. The width of these rings varies between different species and growing conditions. Deciduous trees have more summer wood than conifers, which means deciduous trees are usually denser.

WOOD: AN IDEAL MATERIAL FOR FLOORING

Wood is a wonderfully useful and versatile material. For instance, wood has very good thermal properties. In older buildings, solid wood was even used to provide insulation.

THE BENEFITS OF WOODEN FLOORING

Wooden floors are environmentally a better bet as they are made from a renewable resource.

Simple to clean, wooden floors will always be in fashion and continue to look as good as when you first installed them.

Unlike other types of floor covering wooden falls do not collect and hold dust, dirt and other allergy causing materials.